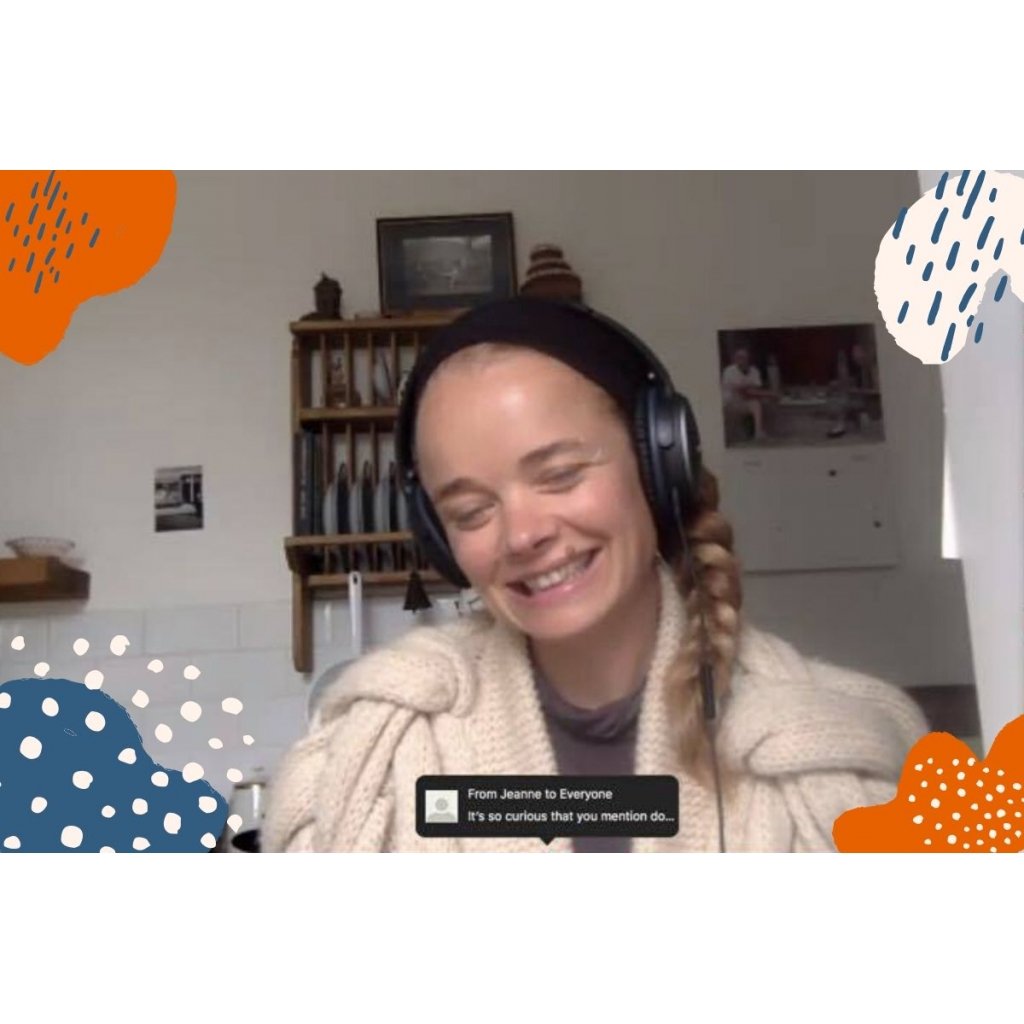 At age 34, film director Lotje Sodderland was struck by an intracerebral haemorrhagic stroke after a night out with her friends.

To make sense of what had happened, the former film producer documented her feelings and experiences with her therapies, physiological changes and a newly acquired communication disorder called aphasia through video clips that were turned into a full-length feature film called My Beautiful Broken Brain.

In celebration of Aphasia Awareness Month this June, we caught up with the Lotje after the free screening of her documentary and had an intimate conversation with her to find out about her post-recovery struggles and how she overcame them.

Q: Hello, Lotje! Thank you so much for joining us. How did you adjust to life after experiencing a haemorrhagic stroke and aphasia?

Lotje: When an illness like that hits suddenly, it is very difficult for a person to adjust to the new condition as you lose all the elements of who you are – job, independence, and even your ability to communicate.

I had to figure out for myself that I was never going to be the same as before and find out how can I work with the new “me” and see the beauty and positivity in my new limitations.

I really wanted to discover what my limit-less possibilities were in this new world, but I did find it very challenging as the process took a long time, and I am not a very patient person. (laughs)

“I had to figure out for myself that I was never going to be the same as before and find out how can I work with the new “me” and see the beauty and positivity in my new limitations.”

Q: What kind of negative feelings arose during your recovery, and how did you manage or overcome them?

Lotje: I’m really fortunate to be born with an optimistic personality, and that really helped me as I kept thinking that everything was going to be OK and that the illness is actually not terrible.

The stroke was an upsetting event in my life, but I could also see it as a great blessing and opportunity to change and simplify my life in a positive way by focusing on what really mattered.

Though the film showed mostly positive scenes, there were many difficult moments that were not captured, such as my mental health struggles which are an invisible part of recovery.

Sometimes, it is not about choosing to be positive but to understand and acknowledge that you have been hit with a mental condition or illness and working your way out of it is going to be very tough.

Q: How did your family and friends cope with your illness, especially for your main caregivers?

Lotje: When I fell ill, it was a huge shock to everybody as it was such a radical and massive transformation overnight. My friends and family thought I was going to die and they got quite scared and stressed, especially since we were unfamiliar with neuroscience or the brain.

My mother almost went into shock as she didn’t know what to do. She became very quiet and withdrawn, while my brother went into “saviour” mode and wanted to do many things but yet, did not know how.

I am very fortunate that my friends and family are very loving and supportive. My friends who lived overseas, especially Lucy and Anita, who lives in Holland, visited regularly. My family and friends knew that I was going to be different after the stroke and they accepted me.

In the beginning, when I wanted to do a film, my family thought it was really weird, but they still supported me. Now, after the success of My Beautiful Broken Brain, they see the value of story-telling for brain-injured people.

Some other friends, however, found it uncomfortable to hang out with an ill person or be around death. But this is a good opportunity to figure out who your real friends are and let them go. Focus on who your true friends are.

Q: Can you share any practices or therapies that you found useful in your recovery?

Lotje: One of the therapies I found very useful was Occupational Therapy. Doing simple daily activities such as accessing your bank account or doing anything bank-related after a brain injury can be so complicated.

With the help of my Occupational Therapist, I could go to the bank, take out money and manage my bills which gave me a sense of accomplishment. It may sound simple, but it made a huge difference to me.

I took meditation and mindfulness classes at a Buddhist centre near my home. Through them, I found an opportunity to become a better version of myself by focusing on kindness and being less absorbed in myself.

Six months after the stroke was a difficult time for me. I started to have dark, repetitive thoughts like I was not getting better, not able to get a job or be independent.The classes were also useful for calming the mind as after a brain injury, it is so hard to switch off the negative thoughts to rest or sleep.

Also, I think that speech and language therapy is such an amazing and helpful job to help people regain their communication skills which is a fundamental part of life. I regained my speaking skills and used the film making process as a central tool to figure out who I was through images and sounds.

I encourage patients to find creative or unique outlets to express themselves and understand their emotions in non-traditional ways other than writing and reading.