From patient to volunteer: How giving back helps Nazri in his healing journey 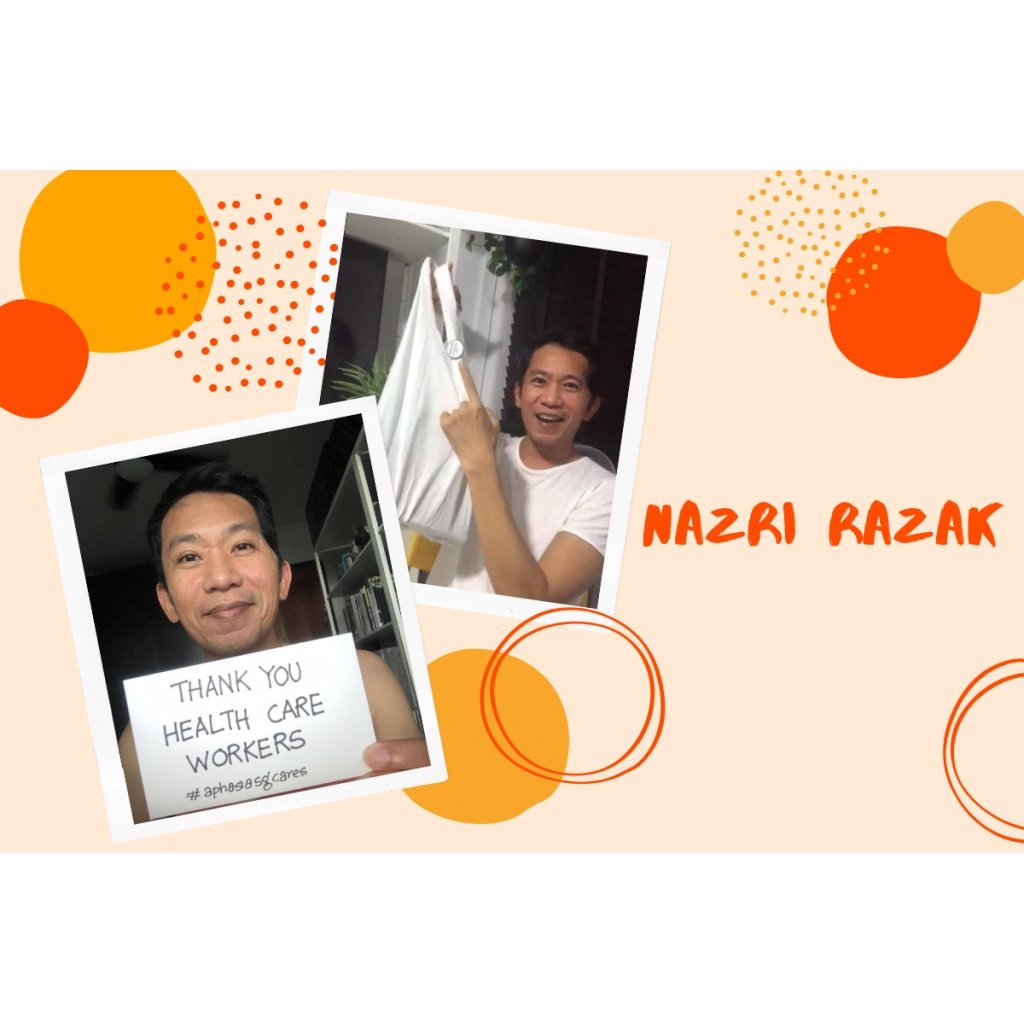 On 11 October 2018, Mr Nazri Razak, woke up on the wrong side of the bed. He felt off that morning, and a strange lethargy washed over him.

Nazri, a Creative Designer at a local IT firm, decided to visit the clinic opposite his flat. After checking his vitals, the doctor found nothing amiss and gave him a day’s MC to rest – his first sick leave in six years.

He recounted: “After returning to bed, the last thing I remember was getting up a few hours later to use the washroom. My mind completely blacked out after that.”

Little did he know – at the age of 47, Nazri had suffered a stroke.

From confusion to clarity

When Nazri awoke two days later, he found himself in the Intensive Care Unit at Changi General Hospital (CGH) surrounded by his concerned parents and siblings.

When he was more conscious, Nazri tried to piece the events of that fateful Thursday and learnt that he had thrown up and collapsed in the kitchen.

A fit and healthy person, Nazri was surprised at the stroke diagnosis and was even more baffled when the doctors could not pinpoint the cause. Despite the confusion, his survival mindset kicked in and helped him focus on his immediate needs.

He shared: “My body was weak, but I was able to get up and move on my own soon after. But, the stroke affected my speech capabilities – I could not talk during the first week.”

Nazri was suffering from aphasia, an acquired disability seen after a stroke, brain trauma or infection.

“During my first session, the speech therapist asked me to name fruits on the table, such as banana and watermelon. I tried, but I could not form the words or push out the B sound in Banana,” he remembered.

Aphasia had affected his ability to produce language. “In my mind, I knew what those fruits were, but I just could not say it. I was worried that I could not speak anymore,” Nazri added.

After leaving the hospital, Nazri continued speech therapy sessions at CGH until December 2019. However, his need for more customised therapy exercises and inability to ask his many “whys” caused his emotional health to take a dive during the year.

Luckily, his doctors and therapists picked up on his challenges and introduced him to ground-up initiative, Aphasia SG.

Meeting and sharing with others in the same condition made him realised that a strong network of people who can empathise and provide support is vital to recovery.

As Nazri’s speech improved progressively, he decided to become a volunteer at Aphasia SG.

His first-hand experience empowered him to become a volunteer and help the volunteer speech therapists spot patients who struggle with words and cheer for those who feel discouraged or have outbursts of frustration.

He advised: “Even if you don’t feel like it, just keep talking – as every word you say is one more word of practice.”

Now, Nazri is proudly known as an “Aphasia Ambassador” for the Aphasia SG movement.

At the Aphasia SG film screening event at The Projector in November 2019, he bravely shared his stroke and aphasia experience to the public and is currently using his design talents to create online promotional materials and tee-shirts for the Aphasia SG Choir group.

During the period of COVID-19, he applied his skills to come up with aphasia- friendly infographics which have been shared across aphasia communities around the world.

Looking back, the now 49-year-old concluded: “Seeing people with more severe conditions made me realised how blessed I was. By volunteering, I can give back and show my appreciation to all the doctors, nurses, and therapists who have helped me.”